What Makes for A Repentant Heart? (Jonah 4:11)
By Lynette Kittle

Today’s Bible Verse: “And should I not have concerned for the great city of Nineveh, in which there are more than a hundred and twenty thousand people who cannot tell their right hand from their left—and also many animals? - Jonah 4:11

Since the beginning of time and all over the world, people have fled from their communities when danger threatens their peace and safety. Seen as failing fast and without hope, individuals can’t seem to leave fast enough to find a safe haven away from the chaos.

And who can blame anyone when facing lawlessness and destruction, especially when they have the freedom to leave?

It’s easy to feel like people and places have slipped so far into sinfulness that they are a hopeless cause. It’s also easy to judge a community’s actions, and to look at them as merely reaping what they’ve sown.

One biblical example of a city gone downhill fast is in the book of Jonah. Nineveh was entrenched in evil and chaos, when God tapped Jonah on the shoulder and asked him to be the one to, “Go to the great city of Nineveh and preach against it, because its wickedness has come up before me” (Jonah 1:2).

Honestly, like Jonah, wouldn’t most of us want to turn and run in the opposite direction at a request to confront such evil?

As the story goes, Jonah’s hesitation to go landed him in the belly of a great fish, where God’s time-out did lead him to repent. In his repentance, Jonah asked for another opportunity to obey God.

Jonah finally did go as God had asked him, but his heart still wasn’t in it. He went looking forward to the destruction of Nineveh.

But a remarkable thing happened when Jonah’s warning reached the king. He called for everyone, even the animals, to fast, be covered in sackcloth, and to repent (Jonah 3:6-9).

In response, God saw what they did, how they turned from their evil ways, and relented from bringing destruction upon them (Jonah 3:10).

But Jonah wasn’t the least bit happy about it. He adamantly believed they deserved God’s wrath and judgment, and passionately wanted them to experience it. Jonah wanted all of Nineveh including people, animals, everything, to be annihilated. Poof! Up in Smoke! Gone!

So when God demonstrated His great compassion, grace and forgiveness towards, Nineveh, Jonah 4:1 records his response. “But to Jonah this seemed very wrong, and he became angry.”

Jonah goes on to explain to God how the whole reason he didn’t go to Nineveh in the first place, is because he knows God is gracious, compassionate, slow to anger, abounding in love, and relents from sending calamity (Jonah 4:2).

So distressed at Nineveh being spared, Jonah asked God to take his own life, expressing his great disappointment in God’s response (Jonah 4:3). 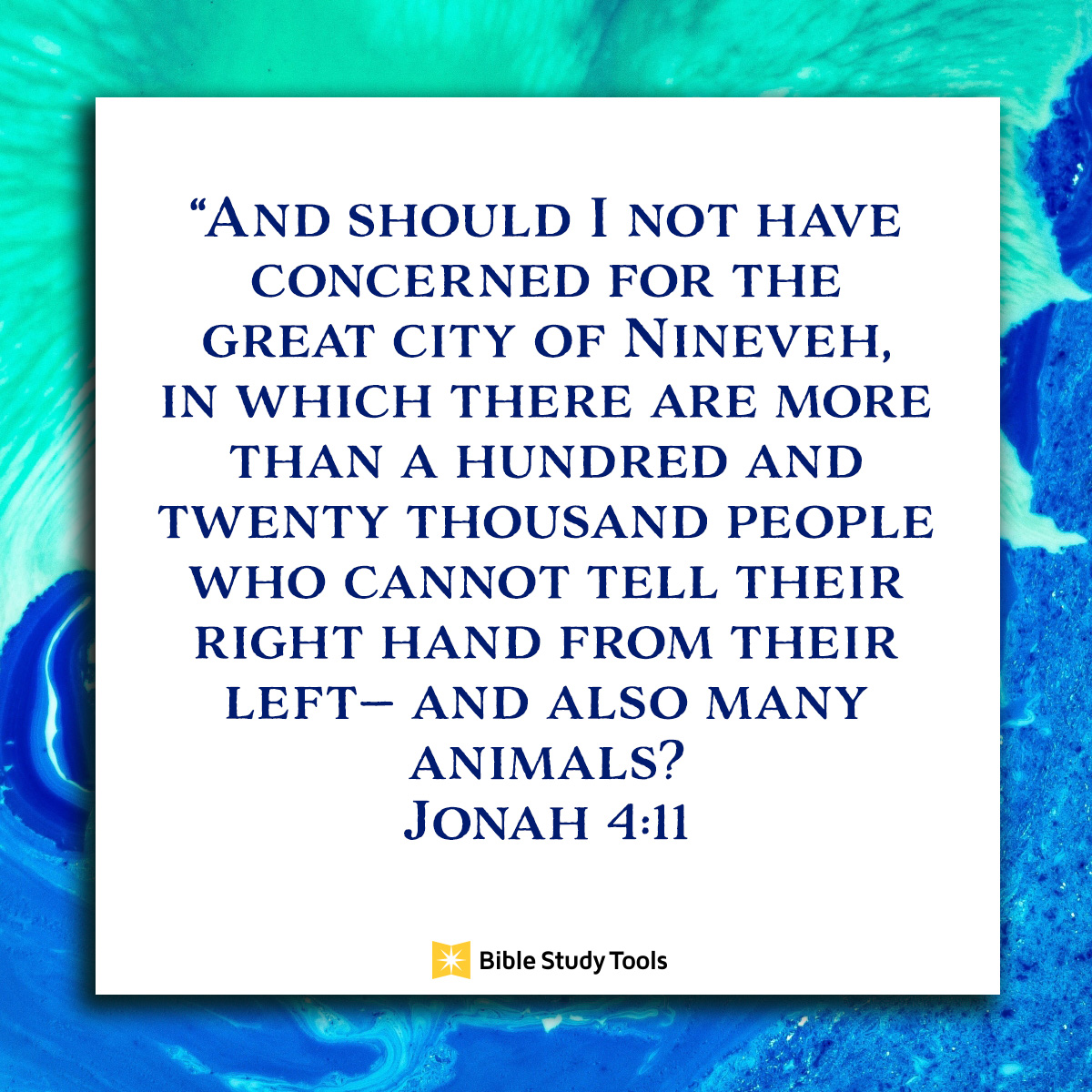 Have you ever wondered how these extremely wicked people were so ready to repent? Outwardly their actions and lifestyles looked like they were in no condition to listen to a visiting prophet.

Nineveh sounded like the least likely candidate for a revival, especially from a prophet who despised them and hoped for their total demise.

The whole scenario goes against what we consider an atmosphere for repentance. A compassionless prophet and an overly wicked city just don’t seem to add up. It just doesn't fit the Evangelism 101 manual on how to bring Salvation to the lost.

Yet God moved beyond these preconceived ideas reminding us that we see the outward appearance of men and women but He sees their hearts (1 Samuel 16:7). He knew their hearts were primed for repentance.

How often do we discount what God can do with a city or a people whom we believe are too far gone, living too sinfully, to ever consider repenting before Him?

Instead of going on our own feelings or observances, we can choose to surrender to God’s leading, trusting His wisdom above our own opinions.

Lynette Kittle is married with four daughters. She enjoys writing about faith, marriage, parenting, relationships, and life. Her writing has been published by Focus on the Family, Decision, Today’s Christian Woman, iBelieve.com, kirkcameron.com, Ungrind.org, Startmarriageright.com, growthtrac.com, and more. She has an M.A. in Communication from Regent University and serves as associate producer for Soul Check TV.

Want more Your Daily Bible Verse? We also have a podcast! This podcast features different verses than the written devotional you just read, but carries the same commitment to a closer look at Scripture each day. You can find out more by clicking the link below!