3 Lessons Gideon Teaches Us about Prayer
by Janelle Alberts

“And the angel of the LORD appeared to him and said to him, “The LORD is with you, O mighty man of valor.” - Judges 6:12

Our questions of faith often remain unanswered or confusing. Like our questions about prayer. 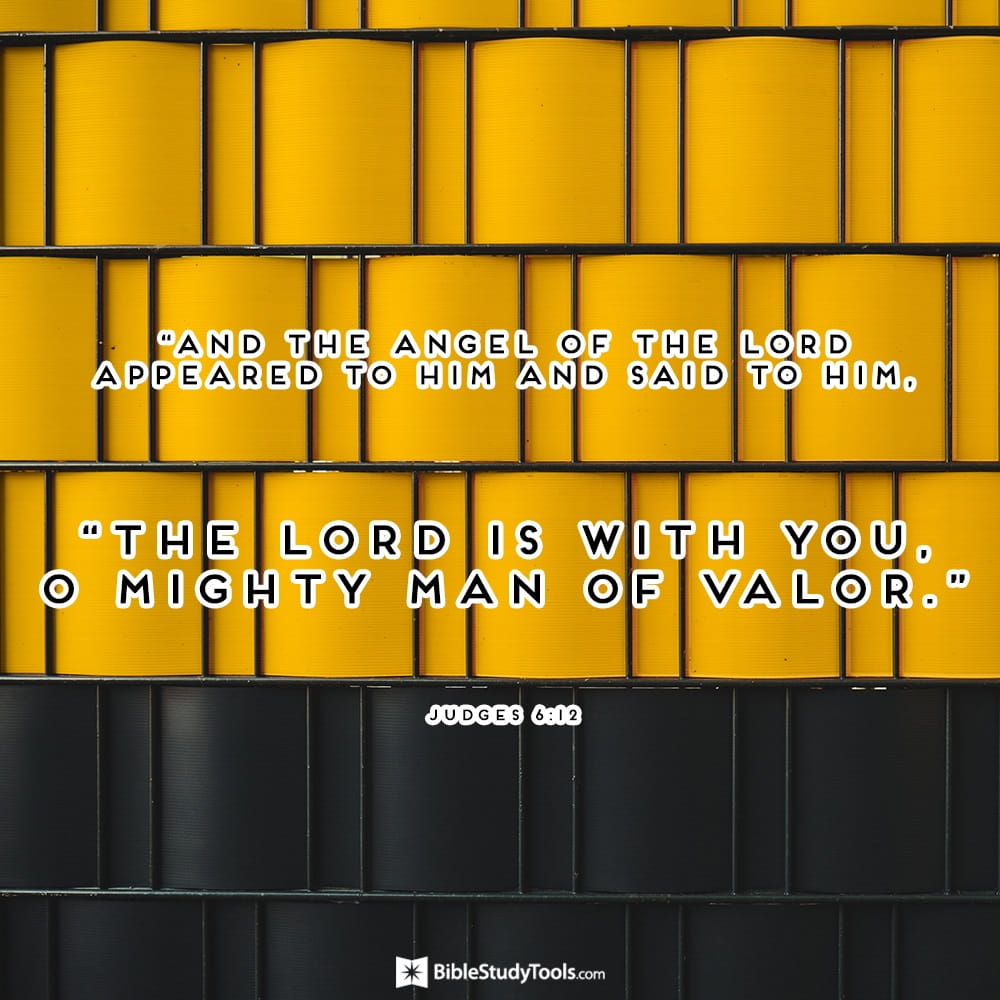 Prayer is somewhat a mystery, but there are still plenty of things we can know for sure about prayer. I’m especially grateful for what the story of Gideon (found in Judges) is currently teaching me about prayer.

1. Prayer Engages Someone Who is Already with You.

We know what it feels like when someone is with us, and a lot of the time God’s involvement in our lives can feel…unpredictable. But prayer reminds us that God is already always with us.

Then they blew off God.

Of course, their world came crashing in, and it was during that crushingly oppressive and lonely time that God visited Gideon. We read in Judges that an angel of the Lord appeared to Gideon and said to him, “The Lord is with you, mighty warrior” (Judges 6).

And Gideon, in one of the most under-excited-to-see-God moments in Bible history, wondered aloud: God? Where have you been?

2. Prayer is All about Honesty – Not Just Saying What We Think God Wants to Hear

Gideon takes some hits in church circles for this seemingly whiny response. I mean, God’s here! Buck up and be glad! Who wouldn’t respond that way?

God did not treat Gideon that way at all. Here was a man who had heard stories about God’s benevolent leadership and love, but where had God been all this time when Gideon needed him?

Seemingly absent. Gideon was wrong, of course, but God didn’t hold that against him.

If you have read the backstory, you know it was not that God left the Israelites, but the Israelites who had left God. After all, God had done to build a relationship with his children, they still had turned away from God. God said, “You have not listened to me” (Judges 6:10).

God could have justifiably gotten smoking mad at Gideon with an accusing “You’re not listening to me!”

However, it’s one thing to be obstinate, but another thing altogether to be unsure.

This is a God who cares about that difference.

Gideon was hearing God say great things, but Gideon did not know if God would actually do the greatest thing of all.

3. Prayer Teaches Us to Have Eyes that See God

God has a much greater mission than demonstrating his greatness. His mission is to demonstrate his love. His greatest challenge was getting his people to receive that from him.

“Don’t go away…” Gideon said to God. “And the Lord said, ‘I will stay here until you return’” (Judges 6:18).
So commenced a bit of fire that lit up a little meat and unleavened bread. There was later a bit of fleece and then later a big barley loaf in the middle of someone else’s dream.

Over and over, God reinforced how much he loved and cared about Gideon and the Israelites.

If the Israelites hadn’t listened before, Gideon was listening now. Intently. What transpired was a monumentally triumphant turn of events for Gideon and his people. And Gideon came to believe that the hiding place of God’s word was a place he could trust.

Expect that God is already waiting for you to spend time with Him. Be honest. He has told us from page one to page 700 plus in the Bible not to fear for one reason. He tells his children over and over, I am with you.

Editor’s Note: This devotional was taken in part from Janelle Alberts’ 3 Lessons Gideon Teaches us about Prayer. To read that article in full, click here.

Do you love podcasts? In The Bible Never Said That, we unpack some of the most popular "spiritual statements" that have made their way into popular culture and the church, even though they are not theologically sound. Together, we'll hold them up to the Bible to see what God's Word really has to say to us.

This content first appeared on Crosswalk.com and is used here with permission. To view the original visit: https://www.crosswalk.com/devotionals/your-daily-bible-verse/3-lessons-gideon-teaches-us-about-prayer-bible-study-minute-july-7-2017.html