Kids love Easter. Didn’t you love it as a child? For us, it meant Easter baskets with chocolate bunnies, jelly beans, and even peeps. Although back then, we only had yellow chicks.

Our mom would tuck a couple small toys in our baskets with the shiny green grass. Maybe a new jump rope, or a high-fly paddle with the little red ball that was attached, or maybe a yo-yo.

Yes, Easter was fun, but I wanted to make sure my children understood the true meaning of Easter. I wanted to teach them truth, but to make it understandable.

Part of the fun of holidays is the anticipation before the actual day arrives. So I decided to work that aspect into my idea. I had read about a mother who used regular little objects to tell the Easter story. I loved the idea, so I added my own spin on it, and before I knew it, I was ready.

Taking an empty shoe box, I decorated the outside of it with Spring colored gift wrap and searched around the house for things I needed. Regular objects to tell the greatest story ever told. I wrapped and numbered six little items, placing them inside the box.

Each day, six days before Easter, the kids took turns opening one little item a day.

The first item was a little miniature Christmas tree wrapped up. Or it could be the baby Jesus from a nativity set. This represents that Jesus was born as a baby. I wanted the kids to know Jesus was living in heaven with God, but he came to earth as a baby and we celebrate that at Christmas. Sometimes at Christmas, I’d make a birthday cake and we’d sing Happy Birthday to Jesus.

It’s important for children to understand Jesus is God’s son. We would take a few moments and sing a couple Christmas carols, like Away in a Manger, and Silent Night. When Jesus was born, God had a special job Jesus would do. God would show him step by step, just like the loving Father he is.

The 2nd item unwrapped was a miniature lamb.

John 1:29 says, “Behold the lamb of God who takes away the sins of the world.” This is what John the Baptist, who was Jesus’ cousin, called out as he was baptizing people, and he saw Jesus approaching him.

In the Old Testament, when the people sinned, God told them to take a perfect animal, a lamb, and to sacrifice that lamb. They were told to put the blood of the lamb on their doorpost, the part above the door.

When the death angel passed over their houses, if the lamb’s blood was on the doorpost, their sins were covered. Tomorrow we’ll talk about why Jesus was called the lamb of God.

On the 3rd day, the wrapped item was a cross. Most children will know how this represents Jesus. Jesus died on a cross.

Before they put Jesus on the cross, they beat him and ripped out his beard. And they slapped him across the face. They put a purple robe on him and made fun of him. Jesus said nothing. They put nails in Jesus’ hands and in his feet, huge nails.

And when they did that, blood came out. Later, one of the soldiers pierced Jesus’ side with a sword and more blood came out.
In Hebrews 9:22, it says without the shedding of blood, there is no forgiveness of sins. When the people sacrificed a lamb, remember they put the lamb’s blood on their doorpost?

When Jesus died on the cross, he shed his blood. But there was something special about Jesus’ blood.

Let me ask you something:

Do you think Jesus ever lied?

Do you think he ever stole something?

No, he never did anything wrong. Even though Jesus was a man, he never sinned. And that means his blood was perfect. It was the only thing that could satisfy God.

In Sunday school, sometimes we sing a song called Nothing But the Blood of Jesus, written by Robert Lowry.

What can wash away my sin?

What can make me whole again?

Oh precious is the flow,

That makes me white as snow,

No other hope I know, 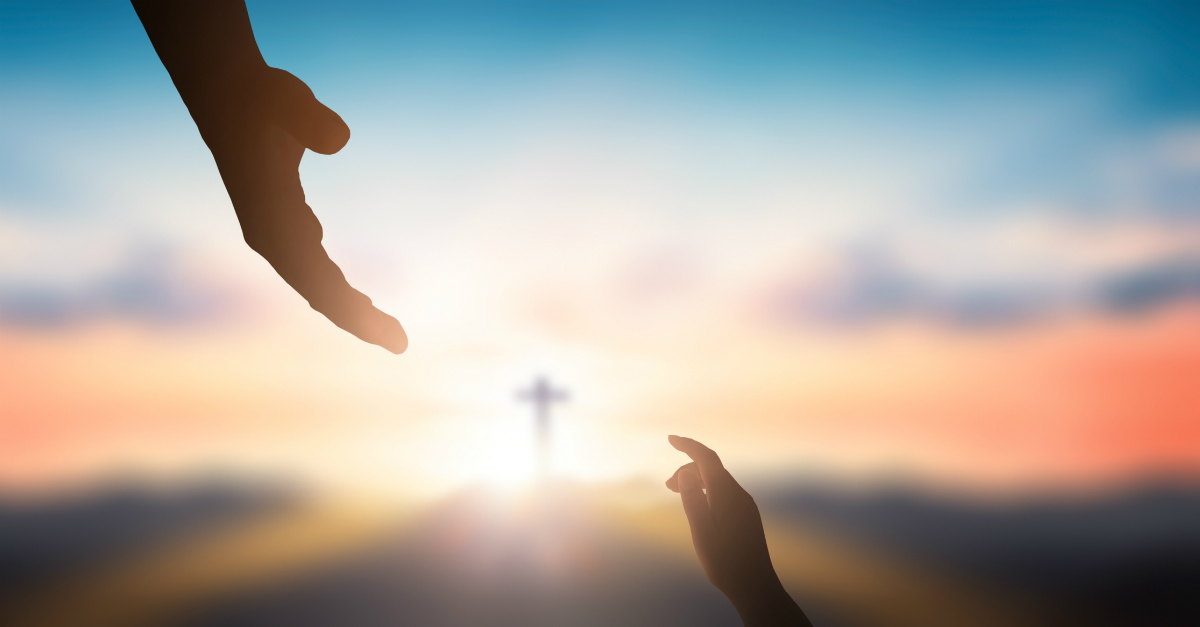 The package for the 4th day had a small sponge in it. This sponge represented two things.
Some people believe in order to go to heaven, we need to make sure we don’t do anything wrong. But because Adam and Eve sinned, whoever was born after them was born a sinner. Romans 3:23 says, all have sinned. That means everybody.

God is a perfect, Holy God. We can’t go to heaven with our sin, so he made a way for us. John 3:16 says God loved us so much he gave us Jesus. Jesus is the lamb of God, who took away our sins with his blood.

If I took this sponge and wiped a spot on this table, where would the spot be?

It would be gone! So if Jesus came and shed his blood, where are our sins?

This sponge also represents something that happened when Jesus was on the cross. When he became thirsty, the soldiers took a sponge, dipped it in vinegar, attached it to a long pole, and lifted it up to Jesus’ mouth. Matthew 27:34.

The 5th package was a box that had still another box inside. The box inside was wrapped up with a bow and a tag that said, From God. And inside that box was a piece of gold metallic paper that said Eternal Life.

Romans 6:23 tells us that the wage of sin is death, but the gift of God is eternal life through Jesus. Ephesians 2:8-9, tells us it’s because of God’s grace that we are saved. (That means saved from our sins.)

It is when we have faith in what Jesus did. It is the gift of God, not anything we can earn by working. It’s only because of God’s mercy. Titus 3:5. Mercy means God doesn’t give us something that we deserve, punishment.

If people could go to heaven because they were good, then they could brag about it to each other. When I was a young girl, I used to think that I was better than others because I went to church. God says when we try to be righteous ourselves, it’s like filthy rags to him.

Isaiah 64:6. God decided heaven would be a gift to those who trust in what Jesus did on the cross. One other thing I share with my kids is something Jesus said when he was on the cross. John 19:30 tells us that Jesus said, “It is finished.”

Jesus was talking about the payment for sin. We can’t pay to go to heaven by being good. Jesus already paid.

The sixth package contained a rock. It represents the stone that covered up the tomb where they laid Jesus after he died.

Mary went to the tomb with some special fragrances to put on Jesus’ body. It was a custom they did long ago. But when Mary got there, the stone was rolled away, and Jesus was not in the tomb.

Mary saw two angels in the tomb, sitting there. Outside the tomb, Mary saw a man, and she thought it was a gardener. But when he said Mary’s name, she recognized it was Jesus! John 20:11-18. Jesus had risen from the dead, just as he said.

When we lived in Germany, we got to visit Israel and the tomb they believe was the one where Jesus was laid. When we went inside the tomb, we saw a sign there that said,

Easter is not just a story about Jesus dying on a cross. It’s the story of him rising from the dead. Jesus is not dead. He’s Alive! This is a song by Nathan Peterson.

We don’t have to wonder if we’ll go to heaven one day. It tells us in 1John 5:12-13, if we have the Son, we have life. That’s talking about eternal life, heaven. If we believe that Jesus came to earth, lived a perfect life and shed his blood for our sins, God said we will go to heaven, and that is the story of Easter

Father, I pray that anyone who reads this article will know that you loved us enough to send Jesus to pay for our sins. Thank you so much for your love. Thank you for Jesus and for raising him from the dead. I pray this in Jesus’ precious and Holy name. Amen.

Anne Peterson is a regular contributor to Crosswalk. Anne is a poet, speaker, published author of 16 books, including her latest book, Always There:Finding God's Comfort Through Loss. Anne is married with her own two children grown and she has 5 grandchildren. Four who are here and one waiting for her in heaven. Sign up for anne’s newsletter at   www.annepeterson.com and receive a free eBook by clicking the tab. Or connect with her on Facebook. 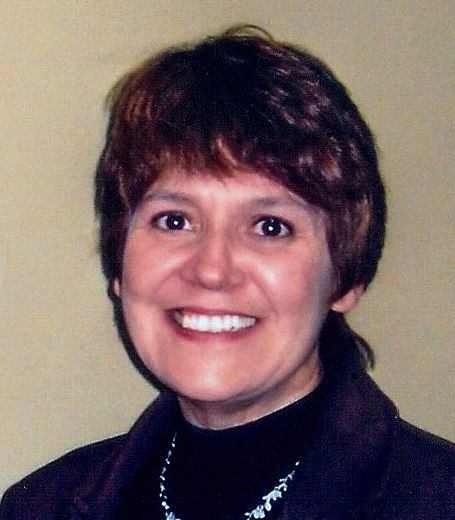 Anne Peterson is a regular contributor to Crosswalk. Anne is a poet, speaker, published author of 16 books, including her latest book, Always There: Finding God's Comfort Through Loss. Anne has also written and published another memoir, Broken: A story of abuse, survival, and hope. Sign up for Anne’s newsletter at www.annepeterson.com and receive a free eBook by clicking the tab. Or connect with her on Facebook.

This content first appeared on Crosswalk.com and is used here with permission. To view the original visit: https://www.crosswalk.com/special-coverage/easter/one-special-way-to-help-your-kids-understand-the-meaning-of-easter.html

Instagram Beauty, or Inner Beauty? - iBelieve Truth: A Devotional for Women - May 28