Ken Turnage, a planning commissioner in Antioch, California is quoted as saying:

“Just as a forest fire clears dead brush, the sick, the old, the injured should be left to meet their ‘natural course in nature’ during the coronavirus outbreak.” He characterized the “elderly, the homeless and people with weak immune systems as a drain on society who should be left to perish.”

He confided, “If we were to live our lives, let nature run its course, yes we will all feel hardship, we will all feel loss,” but as a species the deaths would alleviate strain on the country’s healthcare and Social Security systems and free up jobs and housing. “As for our homeless and other people who just defile themselves by either choice or mental issues, the virus would fix what is a significant burden on our society.”

He was subsequently fired.

Even 70-year-old Dan Patrick, lieutenant governor of Texas, offered himself up as a sacrificial lamb, saying if more people have to die to save the economy for future generations, “I’m all in.” And California Gov. Gavin Newsom initially advised hospitals to prioritize younger people for care during the pandemic, although those guidelines were later retracted.”

Many would say such views are extreme. But the pandemic is bringing out our best instincts and our worst, as well.

How do we stop this terrifying trend of determining who lives or dies?

Your observations about COVID-19 pose many questions. What is a human life worth? How are we responding unselfishly, compassionately? Are we seeing a Darwinian “survival of the fittest” mentality? How can we respond in a godly way?

Abortion as an Essential Business

Abortion contradicts the basic premise that God loved each child before birth. He planned every day of their lives:

For You made the parts inside me. You put me together inside my mother’s womb.   I will give thanks to You, for the greatness of the way I was made brings fear. Your works are great and my soul knows it very well. My bones were not hidden from You when I was made in secret and put together with care in the deep part of the earth. Your eyes saw me before I was put together. And all the days of my life were written in Your book before any of them came to be. – Psalm 139:13-16 NLV

No child’s life, born or unborn, should be devalued. Ever! 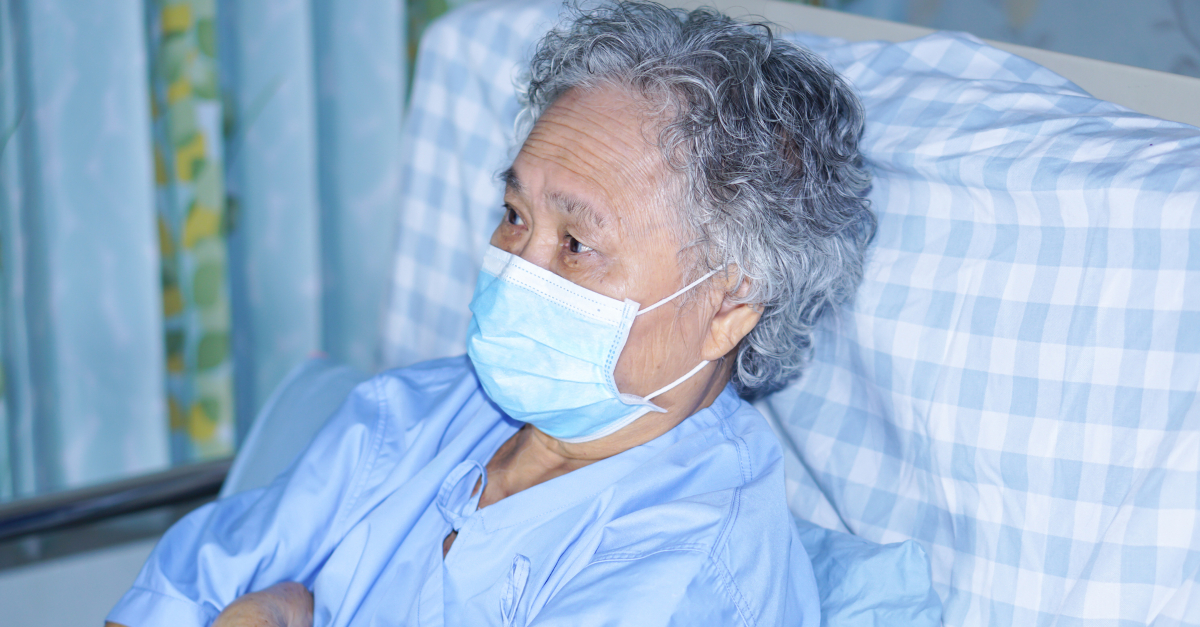 Steve Lopez of the LA Times writes: “It’s no accident that nursing homes—with too few supplies and resources for patients and employees—have become killing fields in a nation that has underfunded public health and failed to provide proper state and federal oversight of profiteering eldercare companies. Some see the elderly as expendable.”

He continues, “we all want a return to something resembling normal, because people are hurting, they’re broke and they’re restless.”

You shall rise before the gray-headed and honor the aged, and you shall fear your God [with profound reverence]; I am the Lord. – Leviticus 19:32 AMP

Gray hair is a mark of distinction, the award for a God-loyal life. – Proverbs 16:31 MSG

What is the value of the life of one of our elders? They are the generation who braved the Spanish Flu, the Great Depression, and two World Wars. They have wisdom and experience to help us brave our future challenges.

The CDC reports: “When the Wuhan outbreak occurred, people around the world shunned people of Asian descent. Since then, minority groups who suffer the most infections live in densely populated areas, often serve as critical workers in crowded conditions with no paid sick leave and no health insurance. Many families live in multi-generational, smaller homes where isolation is not an option.”

Hatred and fear during epidemics have often caused racism. Jews were widely blamed for the Black Death and immigrant Irish workers held responsible for cholera epidemics in the 1830s.” In the early 1900s, African Americans were supposed to cause the spread of syphilis. MERS, often called the “Camel Disease,” appeared in the Middle Eastern population. African citizens were blamed for spreading Ebola and HIV.

Fear can devalue human life. Racism and superstition can prevent needed health care and foster distrust between us, just as we need each other the most!

The Samaritan woman at the well in John 4 is a perfect example. Jesus chose to reveal His Messiahship to a woman (a de-valued member of society), a Samaritan (despised by the Jews). She believed a different religion, and she was of questionable moral character.

Christians believe that all humans are made in God’s image, and are therefore sacred.

Jesus spent His ministry loving people of other races, socioeconomic and cultural backgrounds. We should love them in the same way. 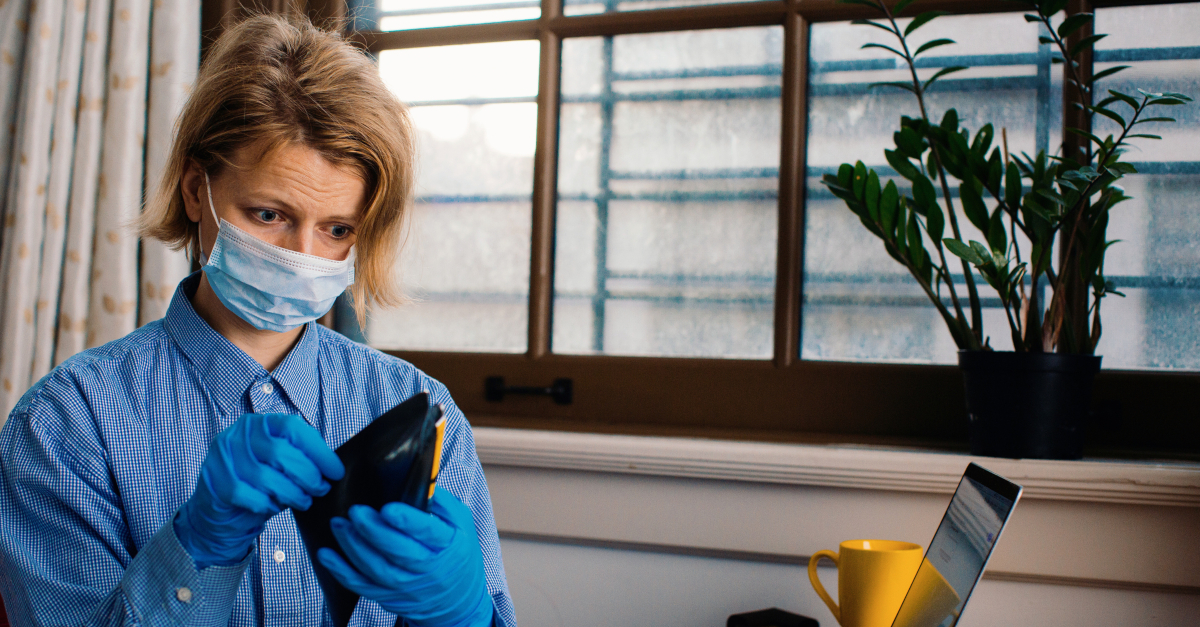 We must not ignore the poor, the hungry, or the unemployed. Dire times require great sacrifice and selflessness!

Since March, 23.1 million Americans are unemployed. As America opens, we hope to see an uptick in our economy. But people are hurting and we cannot turn a blind eye.

Compassion and generosity is perfectly captured in Proverbs 14:31:

Whoever is kind to the needy honors God.

Look at the Lord’s words about the goodness of King Josiah in Jeremiah 22:16:

He defended the cause of the poor and needy, and so all went well. Is that not what it means to know me, declares the LORD?

Jesus said, “Let me give you a new command: Love one another. In the same way I loved you, you love one another. This is how everyone will recognize that you are my disciples—when they see the love you have for each other.” – John 13:34-35 MSG

When do we turn off someone’s ventilator? Do we turn away patients needing care because hospitals have no room for infected patients? Will we, like other nations, determine euthanasia is an easy way out?

Ten countries and six states have legalized euthanasia. A new Dutch law was passed on January 1, 2020 stating that a person may be euthanized for mental illness or dementia as well as terminal health conditions.

Here’s a chilling example: A psychiatric diagnosis is more of a subjective assessment. Indeed, an otherwise healthy Dutch woman was euthanized 12 months after her husband’s death for “prolonged grief disorder.”

Rabbi Pinchas Winston made some astute observations: “Abortions and assisted suicides are both prohibited by the Noahide Law that prohibits the spilling of blood.”

Whoever sheds the blood of man, by man shall his blood be shed; For in His image Did Jehovah make man. – Genesis 9:6

“It is unthinkable but many of these cases require a child giving permission to kill their parent,” Rabbi Winston said.

“Society seems to be moving in this direction as the connection between parent and child falls by the wayside. Abortion is a mother rejecting her child and euthanasia may be a child rejecting their parent.”

“Nothing and no one can in any way permit the killing of an innocent human being, whether a fetus or an embryo, an infant or an adult, an old person, or one suffering from an incurable disease, or a person who is dying. There is a ‘culture of death’ in modern society, and said that human beings should always prefer the way of life to the way of death.”

This means that suffering and pain do not stop life being valuable, and are not a reason for ending life. The church believes that each person should enter the dying process with all its mysteries with trust in God and in solidarity with their fellow human beings; they should die with the dignity of letting themselves be loved unconditionally.

“True compassion leads to sharing another’s pain; it does not kill the person whose suffering we cannot bear.”

“We must see that each human life is a manifestation of God in the world, a sign of his presence, a trace of his glory. The life which God offers to man is a gift by which God shares something of himself with his creature.”

So how do we determine the value of a human life? God did that for us. He told us we were made in His image. Further, He sent His only Son to die for all of the darkness and selfishness inside of every man. Jesus said, “Greater love has no man than this, that he lay down his life for His friends.” Jesus modeled that unconditional, selfless love. We must do no less.

I hope this helps.

Dr. Roger Barrier retired as senior teaching pastor from Casas Church in Tucson, Arizona. In addition to being an author and sought-after conference speaker, Roger has mentored or taught thousands of pastors, missionaries, and Christian leaders worldwide. Casas Church, where Roger served throughout his 35-year career, is a megachurch known for a well-integrated, multi-generational ministry. The value of including new generations is deeply ingrained throughout Casas to help the church move strongly right through the twenty-first century and beyond. Dr. Barrier holds degrees from Baylor University, Southwestern Baptist Theological Seminary, and Golden Gate Seminary in Greek, religion, theology, and pastoral care. His popular book, Listening to the Voice of God, published by Bethany House, is in its second printing and is available in Thai and Portuguese. His latest work is, Got Guts? Get Godly! Pray the Prayer God Guarantees to Answer, from Xulon Press. Roger can be found blogging at Preach It, Teach It, the pastoral teaching site founded with his wife, Dr. Julie Barrier.

Pastor Roger Barrier's "Ask Roger" column regularly appears at Preach It, Teach It. Every week at Crosswalk, Dr. Barrier puts nearly 40 years of experience in the pastorate to work answering questions of doctrine or practice for laypeople or giving advice on church leadership issues. Email him your questions at [email protected].

This content first appeared on Crosswalk.com and is used here with permission. To view the original visit: https://www.crosswalk.com/church/pastors-or-leadership/ask-roger/who-determines-the-value-of-lives-in-a-pandemic.html

A Prayer for the Teachers, Mamas, and Anyone Who Wants to Give Up - Your Daily Prayer - September 22