Dear Roger,
I was digging into the book of Hosea, and I don’t understand. Why would God tell him to marry a prostitute? God had called him to be a prophet. Wouldn’t that ruin his ministry?
I wasn’t surprised when Gomer ran away, back to her old ways. But how could God tell Hosea to go get her back? Wouldn’t her adultery be too much for Hosea to forgive?
Can you please explain what’s going on?
Love, Flower

Let me tell you a story about Hosea the prophet and Gomer the prostitute. No matter how many beds she crawled in and out of in her adulterous behavior, Hosea never gave up on her. His love for Gomer will blow your mind!

The Book of Hosea chronicles a story of divine, “agape” love. It’s a beautiful illustration of our God, who loves the unlovable and never stops. It’s an allegory of the relationship between us and our Savior.

We know little about Hosea except that his name means “salvation.” He was a prophet who preached for God in the northern kingdom of Israel about 750 BC.

He lived in an era of great prosperity, open debauchery, and disgusting vice. Ten years earlier, the prophet Amos had spoken a warning to Israel, calling them to repent. They ignored God, and by Hosea’s time the whole country is on the path to destruction.

God called Hosea to share His message of wrath:

When the Lord began to speak through Hosea, the Lord said to him, “Go, marry a promiscuous woman and have children with her, for like an adulterous wife this land is guilty of unfaithfulness to the Lord.”

So he married Gomer daughter of Diblaim, and she conceived and bore him a son. Then the Lord said to Hosea, “Call him Jezreel, because I will soon punish the house of Jehu for the massacre at Jezreel, and I will put an end to the kingdom of Israel. (Hosea 1:2-4)

One day as Hosea was teaching, he saw a beautiful Jewish girl in the crowd. He said to himself, “I’ve got to meet her!”

After his preaching was finished for the day, he learned that her name was “Gomer” which means “perfection.” He sized her up and down and says, “God, you named her right.” She was perfect—soft round eyes, chestnut hair, great complexion.

After a beautiful courtship, they were married. Those were beautiful days in the prophet’s house. The young preacher was on the verge of a great career. He could hardly wait to get home on weekends to see his wife.

A man usually finds his earthly heaven or hell in the woman that he marries. In Gomer, Hosea found his hell.

We’re not really told what went sour in Hosea’s marriage. Maybe Gomer was angry because Hosea was so busy that his ministry became his mistress. Perhaps she felt she was too young and lovely to be cooped up as a preacher’s wife. There’s a good chance that he didn’t have enough money to support her lifestyle.

Looking Deeply into the Infinite Love of God

So, one day he came home from a trip. He went to the marketplace to buy her a surprise, and he overheard some slander. Two women were gossiping. He couldn’t believe the words he was hearing, because the words cast a shadow of sin upon his own home.

He began to get suspicious. When he returned from preaching, she was no longer meeting him at the gate. The warmth was gone. Communication broke down. She no longer asked him how his work was coming along.

The Bible says that a child was born into their family.

Gomer conceived again and gave birth to a daughter. Then the Lord said to Hosea, “Call her Lo-Ruhamah (which means “not loved”), for I will no longer show love to Israel, that I should at all forgive them. (Hosea 1:6)

The word translated here as “daughter” really means “girl child” in Hebrew. She was not his daughter.

Months passed, and then another child arrived.

After she had weaned Lo-Ruhamah, Gomer had another son. Then the Lord said, “Call him Lo-Ammi (which means “not my people”), for you are not my people, and I am not your God. (Hosea 1:8-9)

Tragedy had come to the prophet’s house.

Hosea had married a girl who squandered away his love with adulterous lovers.

We don’t know how long it was before she left. Three years? Four years? But one day, he returned home, and Gomer wasn’t there.

Imagine this. The kids were crying, hungry, lonely. He found a note on the table; “You need not look for me. I have gone away with another who promises to make me happy.”

Finding the house empty and a note wanting a divorce is one of the worst blows that can come to a man or a woman.

Hosea tried to become mother and father to the kids. A new tenderness was in his voice. He prayed often, “God bless mother and bring her back.”

There is no sleep for a deserted husband. He tucked the girl child into bed. There is no resemblance to him, but she looks so much like Gomer. She had her mother’s face and eyes. Is that a strong man’s weeping that we hear?

During those bitter months while Gomer was gone, God gave a message to Hosea that He had never given to any other Hebrew prophet. Hosea was led to look deeply into the infinite love of God.

Yet the Israelites will be like the sand on the seashore, which cannot be measured or counted. In the place where it was said to them, “You are not my people,” they will be called “children of the living God.” The people of Judah and the people of Israel will come together; they will appoint one leader and will come up out of the land, for great will be the day of Jezreel. 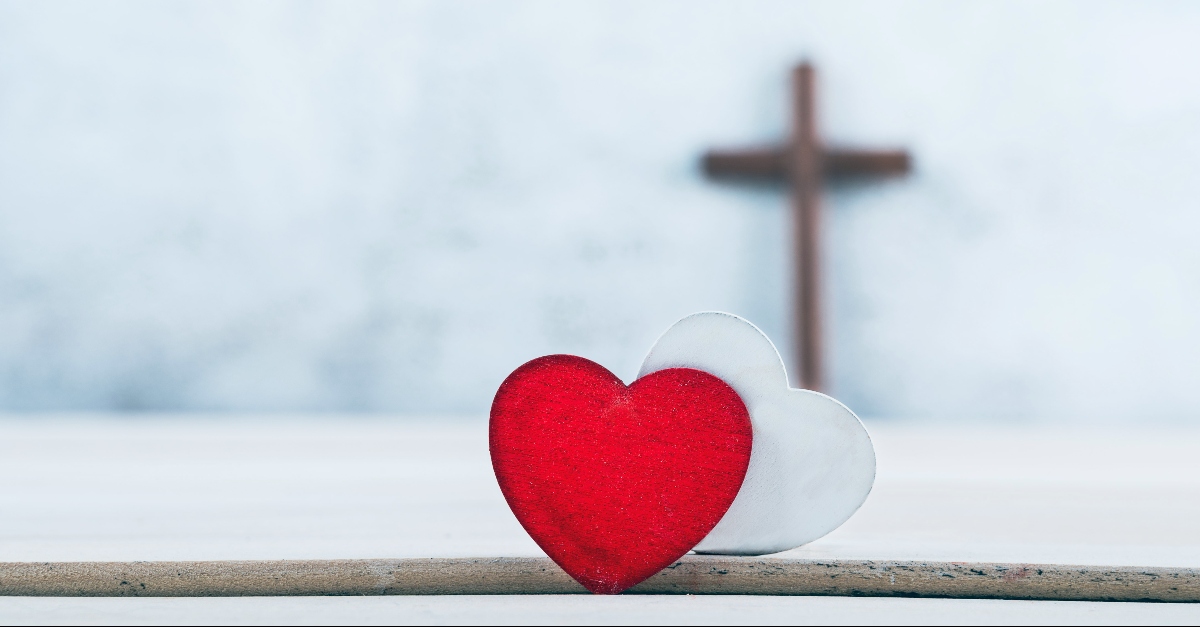 One day, Hosea heard that the man who lured his wife away and who promised to make her happy had deserted her.

Worse still, he learned that he had sold her into slavery. That “princely white knight” who promised so much was only a deceiver. He promised much and delivered little. Gomer was outfitted with binding fetters and galling chains.

We just aren’t certain when the message came.

Perhaps it happened while Hosea was caring for the kids, changing diapers, or cooking for the family. God spoke, “Hosea, true love keeps on doing the duties of love even if the one for whom we do them doesn’t deserve it. Even if you’re bathing someone else’s baby. True love never stops. My love is like that.”

Or perhaps Hosea was sitting on the porch by the house when he saw a full moon and thought of nights when he and Gomer had watched the stars together. Perhaps he prayed and cried, wondering where she was and what she was doing. Then, he heard the voice of God!

The Lord said to me, “Go, show your love to your wife again, though she is loved by another man and is an adulteress. Love her as the Lord loves the Israelites, though they turn to other gods and love the sacred raisin cakes.”

So I bought her for fifteen shekels of silver and about a homer and a lethek of barley. Then I told her, “You are to live with me many days; you must not be a prostitute or be intimate with any man, and I will behave the same way toward you.” (Hosea 3:1-3)

Homer went to the First National Bank of Samaria and took out his life’s savings, 15 pieces of silver and 1 1/2 homers of barley. Then he followed rumors and made the rounds of the slave markets in the Mediterranean world.

Through day after day of searching, Hosea began to realize how much God loved His people, Israel. They had gone off to worship other gods, but God still loved them and wanted them back.

Finally, Hosea located Gomer in a slave market. He saw a broken, stoop-shouldered Jewish girl. Thin, matted hair. Shame. Sin had left its mark on Gomer. Then he heard the auctioneer cry out:

“What am I bid for Gomer, the daughter of Diblaim?”

Hosea faced the fear of rejected love. “Will she have me? She left me once; will she want me now?”

Just so, God faced the choice on Calvary. Humankind turned its back on God. Yet God still loved. Should He send Jesus? Would we still reject His love?

The auctioneer cried again: “What am I bid for Gomer, the daughter of Diblaim?”

Shaken from his reverie, Hosea pushed through the crowd and cried, “I bid 15 pieces of silver and 1-1/2 homers of barley.”

People gasp. There were no other bids. Some said, “He’s a fool to pay such a price. Her beauty and worth are gone!”

The bidding was all over. “Sold!”

I wish I could have seen Gomer that day. For months and months, she was used and abused. The only name on her lips was “Hosea.” She hoped beyond hope that somehow he would find her and bring her back.

Gradually, she raised her eyes: “Hosea, take me home.”

Even when humankind resisted the love of God and turned from Him in cool contempt, God didn’t utterly cast us off. In mercy, He refused to throw us away.

He went to the slave market and bought us back from the captivity of sin. But the purchase price was not 15 pieces of silver and 1-1/2 homers of barley … it was nothing less than the life and blood of His Son, Jesus.

Hosea’s message began to change after that.

He used to preach all wrath and the judgment of God. God as the “avenger.” Now, he begins to see a God of love. God says, “I drew men with bands of love.”

It doesn’t get more beautiful than that!

I hope this is helpful to you.

Dr. Roger Barrier retired as senior teaching pastor from Casas Church in Tucson, Arizona. In addition to being an author and sought-after conference speaker, Roger has mentored or taught thousands of pastors, missionaries, and Christian leaders worldwide. Casas Church, where Roger served throughout his 35-year career, is a megachurch known for a well-integrated, multi-generational ministry. The value of including new generations is deeply ingrained throughout Casas to help the church move strongly right through the twenty-first century and beyond. Dr. Barrier holds degrees from Baylor University, Southwestern Baptist Theological Seminary, and Golden Gate Seminary in Greek, religion, theology, and pastoral care. His popular book, Listening to the Voice of God, published by Bethany House, is in its second printing and is available in Thai and Portuguese. His latest work is, Got Guts? Get Godly! Pray the Prayer God Guarantees to Answer, from Xulon Press. Roger can be found blogging at Preach It, Teach It, the pastoral teaching site founded with his wife, Dr. Julie Barrier.

Pastor Roger Barrier's "Ask Roger" column regularly appears at Preach It, Teach It. Every week at Crosswalk, Dr. Barrier puts nearly 40 years of experience in the pastorate to work answering questions of doctrine or practice for laypeople or giving advice on church leadership issues. Email him your questions at [email protected].

This content first appeared on Crosswalk.com and is used here with permission. To view the original visit: https://www.crosswalk.com/church/pastors-or-leadership/ask-roger/can-adultery-reveal-the-love-of-god.html