Not every dream my sons, now known as the Erwin Brothers, dreamed came true. Their first entrepreneurial effort was at about the ages of 14 and 10. They dreamed of having a photography business.

A dear friend had given them a nice camera, and they had taken a class (from Jon’s now father-in-law!). They decided they would take photos for schools’ sporting events. That first entrepreneurial effort lost money, but it was a great learning experience.

They learned that not all dreams succeed.

When God Calls, He also Enables

Not long after that, our guys came to their dad and announced, “We think God wants us to make movies someday.” That night my husband Hank did not discourage them; in fact, he encouraged them to dream big. He told them that God could do anything, and he told them two things that would make the difference in everything they tried to do. The first was what he called “the wow factor.” If someone sees your work and says, “That’s nice,” you’re not done. You go back and work some more until they say, “Wow!”

He also told them it would take twenty years for them to be successful filmmakers. He told them something that he truly believed with all his heart: God is a miracle worker, and if you follow Him, there’s no limit to what you can do.

Andy and Jon went into their room, got down on their knees, and asked God to make them film directors. That night, Erwin Brothers Entertainment was born. (Moms, never forget that God has a plan for your creative dreamers and that what He calls them to do, He will enable them to do as they follow Him with their whole hearts).

So, given that what God called our sons to do, He enabled them to do, God began the process of training them to live out their calling.

The release of their breakout film, I Can Only Imagine, was scheduled for March 16, or “3/16,” which wasn’t planned because of the famous Scripture verse John 3:16. Jon hadn’t even thought about it until someone pointed it out to him. For the rest of the time leading up to 3/16, he would say, “I’m Jon, and our movie opens on 3/16. That’s right, Jon 3/16.”

Opening week for the movie started with a gala screening in Nashville, followed by a premiere in Oklahoma City, and ending with the premiere night in Dallas.

On March 16, 2018, we all gathered in Dallas for a party as we waited for the numbers to come in for I Can Only Imagine.

Remember what Hank told them? “It will take twenty years for you to become successful filmmakers.” Remember, what God calls us to do, He enables us to do. Guess what? That year marked twenty years since God had begun training Andy and Jon in their callings.

Understand that It Will Take Daily Deposits…and a Village

They had not reached that point overnight. There had been years of daily deposits. As moms, we sure enjoy those worth-it moments, but they do not happen unless we are willing to invest thousands of daily deposits in our dreamers’ lives.

Before they ever made their first movie, Andy and Jon would often ask me, “Mom, do you really think we’ll ever make a movie?” I always said the same thing, “Yes, I do!” Every time I answered that question, I was building their confidence and making a deposit into their dream.

Mom, just a little warning here: the success of your dreamer is not due to a one-woman show. You are just one of the people God will use in your dreamer’s life. You need to go into this mommy thing with an open hand. I would encourage you to pray that God would prepare other people to speak into your dreamer’s life as well. 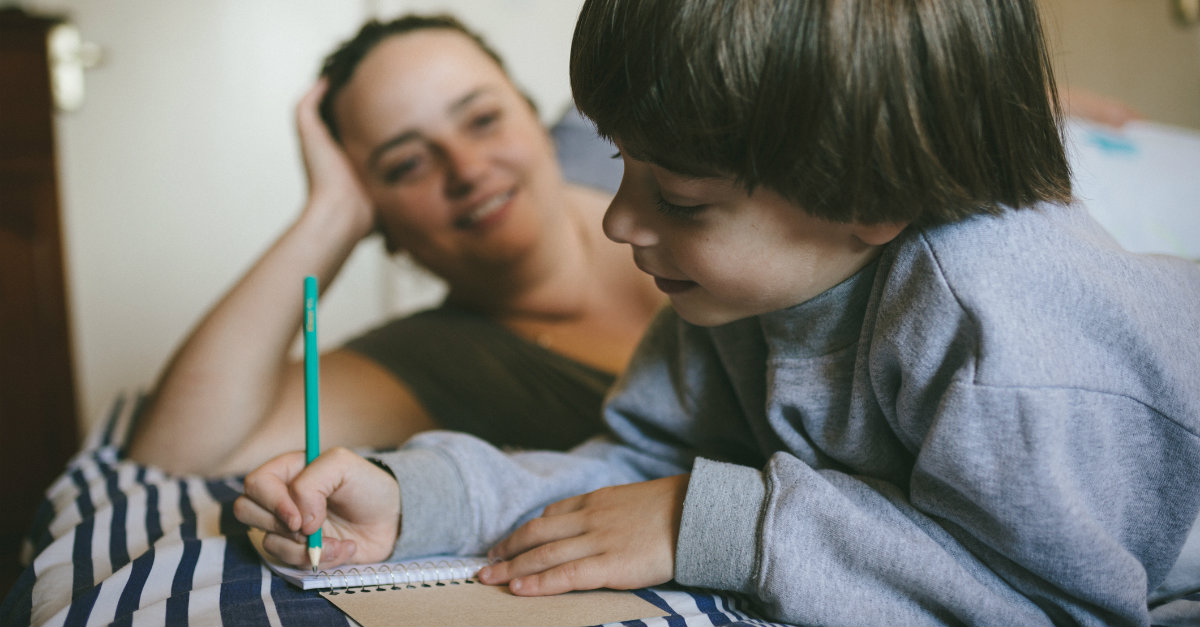 I shared a passage about the building of the tabernacle from Exodus with my sons when they were young teens. I don’t know if they remember it, but it was a sweet reminder to me of the fact that what God calls us to do, He enables us to do, and also that God prepares other people with various gifts to work together so that certain jobs are accomplished.

And Moses said to the Israelites, See, the Lord called by name Bezalel son of Uri, the son of Hur, of the tribe of Judah; and He has filled him with the Spirit of God, with ability and wisdom, with intelligence and understanding, and with knowledge and all craftsmanship, to devise artistic designs... And God has put in Bezalel’s heart that he may teach, both he and Aholiab son of Ahisamach, of the tribe of Dan. He has filled them with wisdom of heart and ability to do all manner of craftsmanship... Bezalel and Aholiab and every wisehearted man in whom the Lord has put wisdom and understanding to know how to do all the work for the service of the sanctuary shall work according to all that the Lord has commanded... And Moses called Bezalel and Aholiab and every able and wisehearted man in whose mind the Lord had put wisdom and ability, everyone whose heart stirred him up to come to do the work; and they received from Moses all the freewill offerings which the Israelites had brought for doing the work of the sanctuary, to prepare it for service. And they continued to bring him freewill offerings every morning. And all the wise and able men who were doing the work on the sanctuary... said to Moses, The people bring much more than enough for doing the work which the Lord commanded to do.

What can we learn from this passage? And what can you teach your children about their callings and the value of other workers in God’s Kingdom from this Scripture? Several things come to mind:

2.  God filled them with His Spirit. (It’s God’s work, not yours; therefore it requires His power to do it.)

3.  God filled Bezalel “with ability and wisdom, with intelligence and understanding, and with knowledge and all craftsmanship, to devise artistic designs” (Exodus 35:31-32). (He has given gifts to us to do the work He has called us to do.)

4.  There were others God had prepared to work with them, people who had the ability to do all manner of craftsmanship: “every able and wise hearted man in whose mind the Lord had put wisdom and ability, everyone whose heart stirred him up to come to do the work” (Exodus 36:2). (Look for these people and bring them into the dream.)

6.  The people brought “much more than enough for doing the work which the Lord commanded them to do” (Exodus 36:5). (He can and will provide for the work He has called us to do.)

While watching the installation of a new bathtub in our home, I learned a lot about this Exodus passage and how the body of Christ is supposed to work!Watching those men work was like watching a waltz. There were many things that had to be done to install my new tub, and each step required an expert.

First the carpenter came to build the frame, and then the plumbers placed the tub in just the right place and connected all the pipes. After that, the electricians connected the jets, the carpenter finished his work, the stonecutter made a beautiful shelf around the tub, the Sheetrock guys did their work, and then the painters finished things off.

When they were done, my new tub looked like it had always been there. This was all done like clockwork because each person did what he was trained to do. No one tried do it all. They respected the others’ work. A contractor managed the project and told each person when to come and what needed to be done.

They have come alongside to help protect, encourage, direct, and provide for my sons. What Hank and I started, they have continued to do.

Moms, pray that God will do this for your dreamers as well. They will need others in the body of Christ to fulfill their God-given dreams. Every person’s gift is important. God wants us to be a symphony, not just soloists.

Dream big, dream the impossible, because we have a very big God. Shelia Erwin has been blessed to mentor many women one-on-one, has served as a women’s ministry director at her local church, speaks at retreats, and leads group Bible studies locally and across the country. She and her husband, Hank, formed SAV America Ministries, through which they developed and taught The Christ-Centered Home Seminar Curriculum for many years. Their sons founded Erwin Brothers Entertainment and became the award-winning filmmakers of five major motion pictures: I Still Believe, October Baby, Moms’ Night Out, Woodlawn, and I Can Only Imagine. Shelia Erwin’s book Raising Up Dreamers releases in July.

This content first appeared on Crosswalk.com and is used here with permission. To view the original visit: https://www.crosswalk.com/family/parenting/mother-of-the-erwin-brothers-shares-how-your-kids-dreams-are-possible.html

Choosing Honor When I Feel Dishonored - Encouragement for Today - January 21, 2021