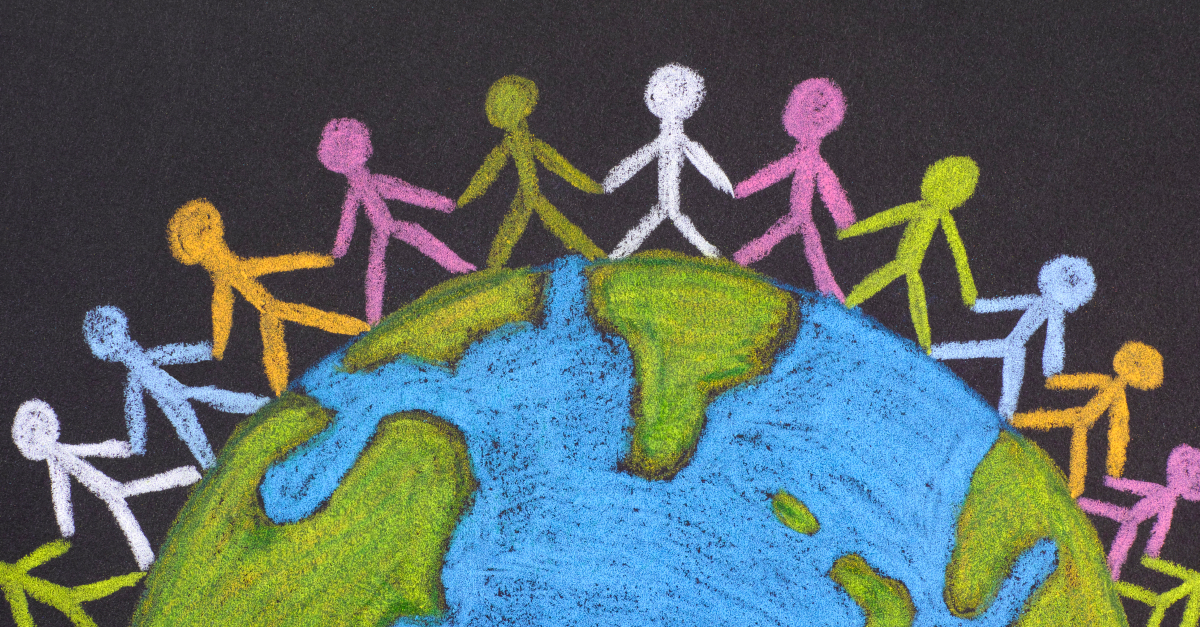 When it comes to a theology of race, there are four headlines: 1) We were all made by God; 2) We were all made in the image of God; 3) We were all made with distinction and variety—including the color of our skin; and 4) We are called into a relationship with God the Father by the Holy Spirit through Jesus the Son. This is why the Bible makes the following declaration: “There is neither Jew nor Greek, slave nor free, male nor female, for you are all one in Christ Jesus” (Galatians 3:28, NIV).

This brings us to the great evil of racism. And it is a great evil.

It undermines, destroys, and rips apart the very nature of God’s creation of a single human race made in the image of God for relationship with Him and with each other. Let’s be clear about the nature of this evil because racism is a word being seized and applied to almost everything in our politically-charged, social-media-trolling, Facebook-posting climate—by all sides.

It’s believing that race determines intellectual, cultural, and moral capacities. From that comes the practice of racism, which involves racial prejudice, bigotry, and discrimination against others based on their race or ethnicity.

And that is a great evil and a stench in God’s nostrils, for it betrays the heart of God toward His creation—that all people are one and made in His image. To claim that you have more of the image of God than another, that you matter more to God than another, that you are distinct from the human race in a way that is superior to another, is heresy. And to have it take root and erupt in hatred, mistrust, and division is unconscionable.

Racism can play out both individually and institutionally.

That’s just a fact. And often, institutionalized racism is behind it.

But what if it’s not about bones?

What if it’s about succumbing to racist ideas, feelings, reactions, and choices?

As Ibram Kendi has contended, being a racist “is not a fixed term. It’s not an identity, it’s not a tattoo—it is describing what a person is doing in the moment, and people change from moment to moment.”  Meaning the racism of today for most people is different than the racism of the civil war and slavery, or the era of the Jim Crow laws. As one black friend of mine put it, there’s more of an implicit bias than a functional racism at play in our world.

So let’s call it a shadow racism that can rear its head in anyone’s life. And because it’s in the shadows, it needs to be brought into the light. Here are five examples:

Let’s say you are an employer and you’ve solicited resumes. There are no pictures on them just their education and experience, accomplishments, and credentials. You have four in front of you that have been vetted and are virtually identical in quality. You look at their names: Mitchell, April, Prince, and Denada. You’re white. It’s obvious to you that two of these candidates, based on their names—Prince and Denada—are probably black. Mitchell and April—to your thinking—are almost assuredly white.

Who are you going to call for the interview?

Do you privately make an assessment of worth, value, capability, or likability based on names—even though the resumes are the same?

You see a black man with a white woman on a date. Or even married. How do you viscerally feel about it? Good or bad, neutral or biased, positive or negative? I remember one white man telling me: “I just don’t like it. I just don’t like it.” This despite there being nothing wrong with interracial relationships or interracial marriage. In God’s eyes, it’s not an interracial thing at all. It’s just two human beings whom He created for relationship with Him and with each other.

And lest we forget, when a white/black marriage took place in the Bible and was met with racism and prejudice, God stepped in and gave an immediate condemnation of that racism and prejudice. Drawing a blank? It was in relation to Moses marrying a Cushite, a people known for their dark-skinned features (cf. Numbers 12:1-11).

Four black high school students were going door-to-door to raise money for their football team in Wynne, Arkansas. One minute they were laughing and talking to each other, and the next minute they were on the ground in a stranger’s front yard with their hands behind their backs, while a white woman with a handgun ordered them to stay put. Before she even went out with her gun, she had already called the police. The officer arrived, and he saw the woman holding a gun on the four boys lying on the ground.

He had the children stand up, and they explained they were selling discount cards for their school athletic program. When she was asked why she pulled the gun on them, she said it was because all four boys were black and that area was white.

Another way of demonstrating shadow racism is through pseudo-acceptance. As one woman from Africa said to me, “Racism is if you invite me to a party but don’t invite me to dance with you.” Meaning, not truly invite me in—into involvement, into engagement. As another woman and friend of mine once told me, it is as hurtful to be in a room as the only black person and be shut out or not engaged as it was when a white boy spit in her face when she was in the fourth grade because she was black.

One last area where shadow racism can manifest itself (though the list could sadly go beyond these five examples), is in our home life. What do your children hear you say? What do they see you do? How are you shaping their thinking, their perspectives? Does a viewpoint toward people of color come out as you drive, walk through a mall, or watch the news?

I was told of a four-year-old in our children’s ministry who didn’t want a black volunteer to hug her because they were afraid the black would rub off. Now granted, that’s a four-year-old. And that dear volunteer just vowed to love that child even more—knowing they were four and didn’t know better. But apparently that was the first time that child had ever been touched by a black person.

A Public Religion Research Institute study found that in a 100-friend scenario, white people had just one black friend, one Hispanic friend, and one Asian friend. The other 97 were white. Black people didn’t do much better. Out of 100 friends, they had 8 white friends, two Hispanic friends, and no Asian friends.

All to say, racism can flow in all directions—not just whites toward blacks, but blacks toward whites, Hispanics toward Asians, whites toward Hispanics... there is no end to how it can manifest itself.

Let's work together at not letting a shadow of racism enter into any of our lives.

Ibram X. Kendi, Stamped from the Beginning: The Definitive History of Racist Ideas in America.

Jemar Tisby, The Color of Compromise.

James Emery White is the founding and senior pastor of Mecklenburg Community Church in Charlotte, NC, and the ranked adjunct professor of theology and culture at Gordon-Conwell Theological Seminary, where he also served as their fourth president. His newest book, Christianity for People Who Aren’t Christians: Uncommon Answers to Common Questions, is now available on Amazon or at your favorite bookseller. To enjoy a free subscription to the Church & Culture blog, visit ChurchAndCulture.org, where you can view past blogs in our archive and read the latest church and culture news from around the world. Follow Dr. White on Twitter, Facebook and Instagram.

This content first appeared on Crosswalk.com and is used here with permission. To view the original visit: https://www.crosswalk.com/blogs/dr-james-emery-white/shadow-racism.html

A Prayer for the Teachers, Mamas, and Anyone Who Wants to Give Up - Your Daily Prayer - September 22